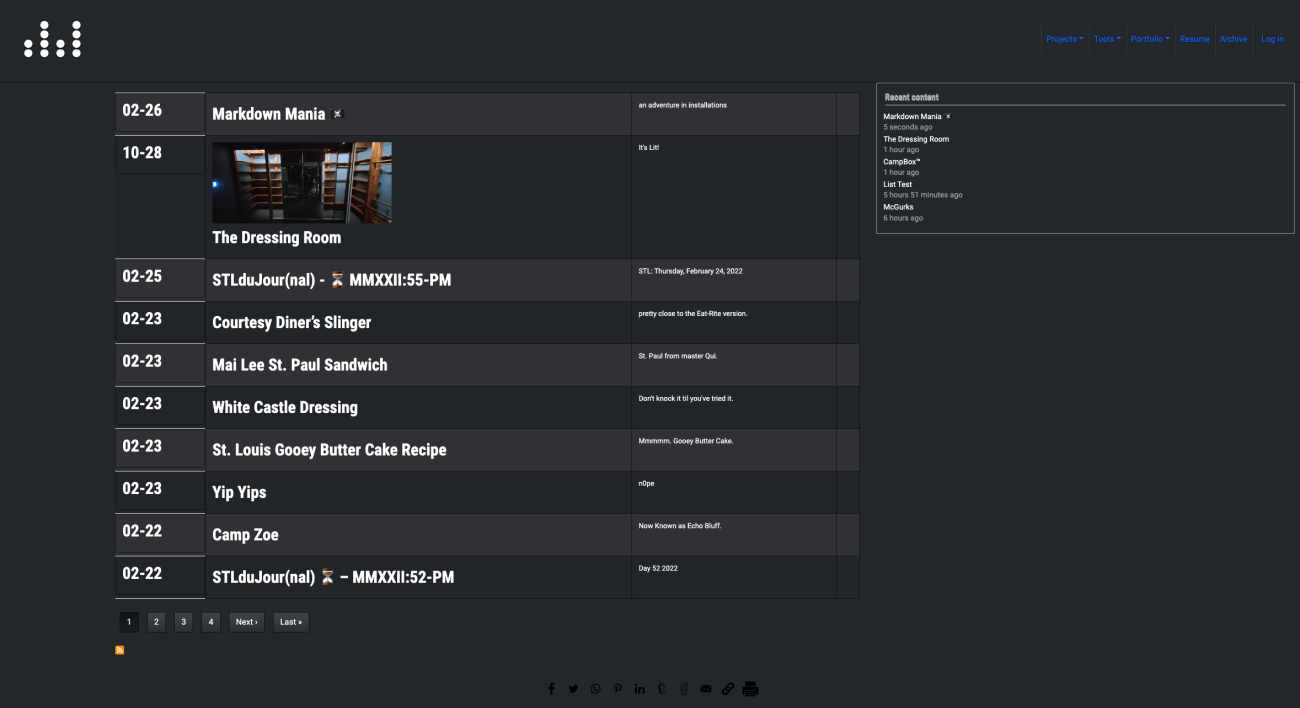 So, my brother Greg is finally getting around to his website.

After setting up a Wordpress instance for him, it turns out the environment I've had since Rackspace does a decent setup.

I haven't been able to use Drupal on it since 8? when it needed the composer/CLI.

The setup was so nice that I set one up for myself and found a Markdown Widget: Githuber MD.

This thing has a nice live editor and uses the most current version of the Github Markdown.

That version just started supporting Mermaid, so I'm roped in.

Then came the toggling checkbox lists...

This stirred me into a frenzy.

They worked on WP, but not my Drupal versions.

I spent a lot of time experimenting with it, but Markdown is not quite there for me on Drupal.

There's still a few "don't fuck wit it" Drupal steps to get to the newest version of GFM Markdown.

I'm going to wait, as I have "messed with experimental text" experience.

All of this led me to CKEditor 5, which now supports Markdown.

It's Core on Drupal now.